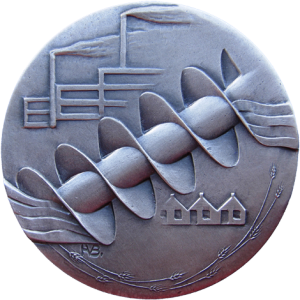 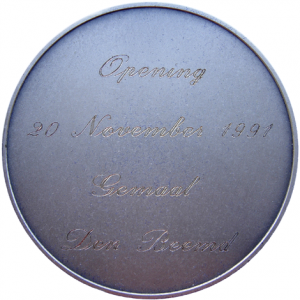 Polder pumping station Den Beemd was commissioned on November,20 1991. Its location is in Water Board “Hoogheemraadschap van de Alblasserwaard – Vijfheeren-landen” (1984-2005), which since  January 1, 2005 is named Water Board “Rivierenland”. The pumping station can be found near the village of Hoornaar. It discharges its water into a small stream called Giessen, which flows into the larger Beneden Merwede, eventually discharging into the North Sea. The medal was designed by Henk van Bommel. It was presented to members of the water board, the construction company and other involved officials. Some 30 copies were made. 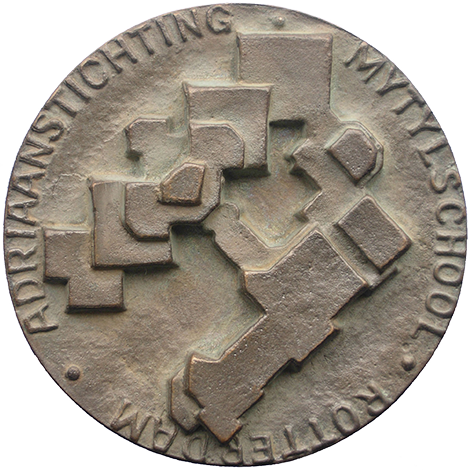 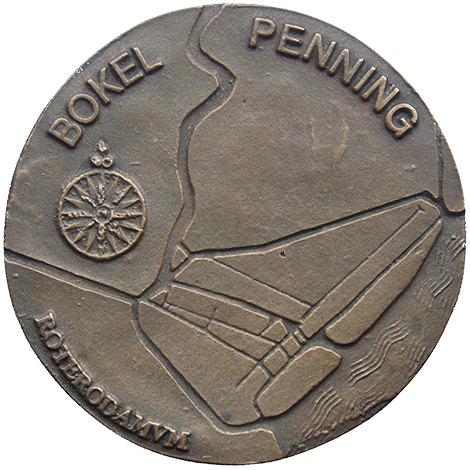